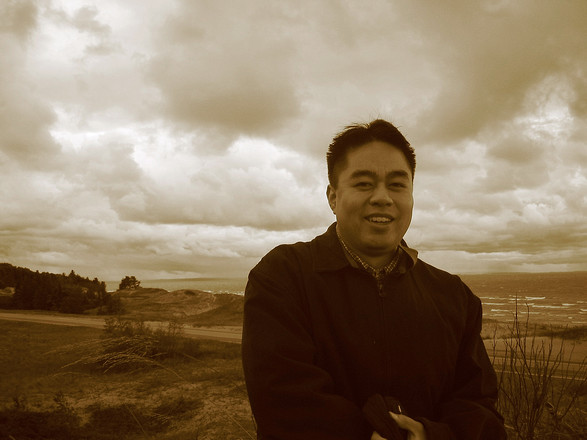 Michael Ejercito was born in Manila, Philippines and moved to the United States with his family when he was only 3 months old. His family initially lived in Maryland and Virginia, but he moved to Marshfield, Wisconsin at age 4 and lived there until he graduated from high school. He then moved to Madison, Wisconsin where he completed his undergraduate and medical school work, earning a BS in Zoology in 1997 and his MD degree in 2001. Subsequently, he moved to East Lansing, Michigan where he completed an Emergency Medicine residency at Michigan State University in 2004. He is currently an Emergency Medicine attending physician in southern Wisconsin. He and his wife Karen have two daughters - a very energetic 3-year-old daughter and quickly-growing 1-year-old.

Michael's interest in photography started when he received his first camera at age 7. At that time, he wasted rolls of film taking blurry close-up photos of the model airplanes that he built. He had always enjoyed taking pictures, but his passion for photography grew exponentially when he received his first digital camera - he found this to be a wonderful tool for experimenting and improving as a photographer without having to waste rolls of film. Finally, his younger brother Philip Ejercito introduced him to a website called flickr.com which is a wonderful site on the internet for people to post photos and receive comments and critique. He was inspired by many of the wonderful work of the talented photographers at this site and he strived to improve as a photographer. He enjoys all kinds of photography - from landscapes and nature photography to macro and night photography. Some of Michael’s favorite photographic subjects include random places in Madison, Wisconsin and the surrounding area. In addition, he and his family love to travel, and this gives Michael an opportunity to photograph the beautiful places they travel to.
© Michael Ejercito Photography
Powered by ZENFOLIO User Agreement
Cancel
Continue